The “ride sharing” company Lyft is facing a class-action lawsuit by its drivers, who claim the company misclassified them as independent contractors when they should have been classified (and paid) as employees. Lyft thought it had reached a settlement with the drivers for over $12 Million, but the federal judge overseeing the case refused to approve the settlement, expressing concern that the settlement amount was too low. The parties have now resubmitted their proposal to the court–this time for $27 Million. But even that eye-popping amount is nothing compared to the $100 Million that Lyft’s competitor, Uber, recently offered to pay to settle its own misclassification case. (Uber’s offer was rejected by the judge in its case as well, and the case is still pending.) What can we learn from these start-ups’ recent troubles?

The dollar amounts involved in the Lyft and Uber cases may be unusual, but claims that a business has misclassified its employees as independent contractors are not. Many businesses, it seems, routinely mistake their employees for contractors – and end up paying the price for this mistake.

“Employee” or “Contractor”: The Choice Is Not Up To You.

Most businesses understand that—all things being equal—it is usually cheaper and easier to treat a worker as an independent contractor. So it makes economic sense that businesses want to classify as many workers as possible as contractors. Unfortunately, whether a worker is an employee or an independent contractor is a legal question, and the law does not leave the answer to the employer’s discretion. In short, simply calling your workers “contractors” does not make it so.

What Difference Does the Employee / Contractor Distinction Make?

Not only is the employee / contractor distinction not discretionary, it touches many fundamental aspects of the employment relationship, so it is critical that your organization get it right. Getting it wrong can affect:

What is the Test?

If the employer’s wishes don’t determine which workers are employees and which are contractors, what does? That depends on what aspect of the employment relationship is at issue. But generally, there are two tests a court will use to determine a worker’s status: the “right to control” test and the “economic dependence” test.

The “Right to Control” Test.

Under the law of most states, including Georgia, it is usually said that when the employer retains the power to control the “time, place, or manner” of the worker’s activities, the worker is an employee, not a contractor. Some examples of this control include setting work hours, assigning a place to do the work, and dictating how the work is performed. Note that under this test a worker is your employee if you have the right to control his work, even if you never actually exercise that right.

The control test can have unexpected consequences. For example, the National Labor Relations Board recently ruled that workers hired by your sub-contractor can be considered your employees if the agreement with your sub gives you the right to exercise control over the workers (such as, for example, by giving you the right to specify work hours or locations for your sub’s workers, to remove your sub’s workers from the project, or to set other minimum qualifications or requirements for performing the work). As a result, the workers can be considered your employees (and subject you to federal collective-bargaining laws) even if that control was only exercised “indirectly” through your contract with the sub.

The control test is widespread, but it isn’t universal. Most significantly, the federal Fair Labor Standards Act, which creates minimum wage and overtime obligations, broadly defines an “employee” as “any individual employed by an employer”, and further defines “employ” as “to suffer or permit to work”.  The United States Supreme Court has held that Congress intended this language to be construed more broadly, and to include more workers, than the right to control test. Working from the statute and the Supreme Court’s opinion, the federal Department of Labor, which enforces the Fair Labor Standards Act, has developed its own test: A worker is an employee if she is “economically dependent” on her employer.

But, you might reasonably ask, when is a worker “economically dependent” on her employer? To answer that question, we have to look at several factors, including:

None of these factors is controlling, however, and they must be considered in the overall context of the relationship. Unfortunately, there are very few bright lines to guide an anxious employer. In the end, though, we can be certain that current state and federal laws are intended to classify the vast majority of American workers as employees, not contractors.

So What Do We Do?

As Lyft’s and Uber’s experiences show, the consequences of misclassifying workers can be significant, maybe even catastrophic, to your business. Nevertheless, it is possible to structure these relationships so that your workers are legitimate independent contractors. But it is much safer—and far less costly in the long run—to take these steps at the outset of the relationship than it is to wait until after an investigator or a court has gotten involved.

Before you decide to classify a worker as a contractor, always consult your legal counsel. If you have questions regarding how to properly classify your workers, contact Ben Byrd at bbyrd@fh2.com or (770) 399-9500 for more guidance. 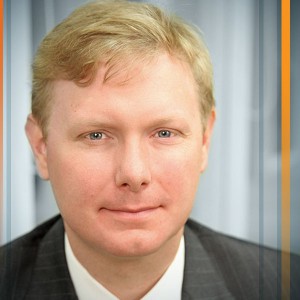