THE SUPREME COURT’S EPIC DECISION: The Beginning of the End of Employee Class Actions?

Many employers require employees to sign arbitration agreements as a condition of their employment.  Under those agreements the employee gives up his/her right to sue in court over job-related issues such as wrongful termination, breach of contract, and discrimination, and agrees to pursue such legal claims against the employer through arbitration.  These agreements often go further to provide for individualized arbitration proceedings, which means that claims pertaining to different employees will be heard in separate arbitration hearings – thereby precluding employees from bringing collective or class actions regarding workplace claims.  The use of mandatory, pre-dispute arbitration agreements has increased significantly over the past two decades.  A 2017 survey by the Economic Policy Institute showed that approximately 60 million private-sector, nonunion employees in the United States are subject to mandatory arbitration in their employment agreements, and almost 25 million of those agreements include a class action waiver.

The issue of whether these class action waivers are enforceable has been a contentious issue.  Although the Federal Arbitration Act (“FAA” or “Arbitration Act”) generally requires courts to enforce arbitration agreements as written, the FAA contains a so-called “saving clause” that permits courts to refuse to enforce arbitration agreements “upon such grounds as exist at law or in equity for the revocation of any contract.”  Employees have argued that the FAA’s “saving clause” nullifies the enforceability of an arbitration agreement if that agreement violates some other federal law.  Specifically, until the United States Supreme Court decision discussed below, federal courts disagreed whether arbitration agreements containing a class action waiver violate the National Labor Relations Act (“NLRA”), thus rendering them invalid and unenforceable.  On May 21, 2018, the Supreme Court resolved this issue, holding that agreements requiring employees to arbitrate claims on an individual basis are enforceable.  Here’s what you need to know.

Some Differences Between Arbitration and a Court Case

An arbitration differs from a court case in a number of ways, including:

How We Got Here

Until a few years ago, both courts and the National Labor Relations Board (the “NLRB”) seemed to be generally in agreement that arbitration agreements (including ones that required individualized proceedings) were to be enforced according to their terms.  However, in 2012 the NLRB ruled in D.R. Horton, Inc., 357 N.L.R.B. 2277 (2012), that arbitration agreements containing class action waivers violated Section 7 of the NLRA, which guarantees workers the rights to self-organize, to form labor organizations, to bargain collectively, and to “engage in other concerted activities for the purpose of collective bargaining or other mutual aid or protection.”  In its ruling, the NLRB found that agreements requiring employees to arbitrate their claims on an individual basis violated the NLRA, rendering these agreements invalid and unenforceable.

Against this background of conflicting decisions by various federal courts and the NLRB, on May 21, 2018, the United States Supreme Court held, in a 5-4 decision, that agreements requiring employees to arbitrate claims on an individual basis are enforceable.

The case, Epic Systems Corp. v. Lewis, 584 U.S. ____ (2018), consolidated three different cases on appeal from the Fifth, Seventh and Ninth Circuits.  In each of these cases, an employer and employee had entered into a contract providing for individualized arbitration proceedings to resolve employment disputes between the parties.  Nevertheless, the employee plaintiffs in each of these cases sought to litigate Fair Labor Standards Act and related state law claims through class or collective actions in federal court.  To avoid enforcement of the class action waivers under the FAA, the employees argued that, by requiring individualized proceedings, the arbitration agreements at issue violated Section 7 of the NLRA, which under the FAA’s saving clause rendered the arbitration agreements unenforceable.  The employer defendants, on the other hand, argued that the FAA protects agreements requiring arbitration from judicial interference, and that neither the FAA’s saving clause nor the NLRA demands a different conclusion.  A majority of the Supreme Court agreed with the employers.

The FAA “requires courts ‘rigorously’ to ‘enforce arbitration agreements according to their terms, including terms that specify with whom the parties choose to arbitrate their disputes and the rules under which that arbitration will be conducted.’”  Nonetheless, the Court noted that the FAA’s saving clause, by its terms, “allows courts to refuse to enforce arbitration agreements ‘upon such grounds as exist at law or in equity for the revocation of any contract.’”

The employee plaintiffs in Epic Systems argued that the FAA’s saving clause creates an exception for cases like theirs, where the arbitration agreement (arguably) violates some other federal law.  In its Horton decision the NLRB found that requiring employees to arbitrate their claims on an individual basis was a violation of the NLRA.  The employees in Epic Systems argued that the saving clause applied because the NLRA renders their class and collective action waivers illegal, and in their view, “illegality under the NLRA is a ‘ground’ that ‘exists at law … for the revocation’ of their arbitration agreements, at least to the extent those agreements prohibit class or collective action proceedings.”  The Court rejected this argument, holding that in permitting courts to refuse to enforce arbitration agreements “upon such grounds as exist at law or in equity for the revocation of any contract . . . ”, the FAA’s use of “any contract” limits the saving clause only to generally applicable contract defenses, such as fraud, duress, or unconscionability, and not to defenses specific to arbitration contracts (such as the employees’ claims that arbitration agreements requiring individualized proceedings are unlawful under the NLRA).

The NLRA Does Not Conflict with the FAA

But the employees were not done yet.  Following the NLRB’s decision in Horton, they argued that Congress nonetheless intended Section 7 of the NLRA to render employee class action waivers in arbitration agreements unlawful, even though such class action waivers would otherwise be enforceable under the FAA.  That is, in cases like theirs, the NLRA overrides the FAA.  The Court noted that when confronted with two Acts of Congress allegedly touching on the same topic, the Court must strive to give effect to both.  To prevail in this case, the employees must show a “clear and manifest” congressional intent to displace one Act with another.

After a lengthy and comprehensive analysis of Congress’ intent, the Court held that there is no conflict between the NLRA and the FAA.  The NLRA “secures to employees rights to organize unions and bargain collectively, but … says nothing about how judges and arbitrators must try legal disputes that leave the workplace and enter the courtroom or arbitral forum.”  Focusing specifically on the language of Section 7 of the NLRA, the Court found that “the term ‘other concerted activities’ should, like the terms that precede it, serve to protect things employees ‘just do’ for themselves in the course of exercising their right to free association in the workplace, rather than ‘the highly regulated, courtroom-bound ‘activities’ of class and joint litigation.’” (Emphasis added.)  Moreover, the Court noted that Congress has shown it knows exactly how to specify certain dispute resolution procedures, or to override the FAA; however, Congress has done nothing like that in the NLRA, which is further evidence that Section 7 does nothing to address the question of class and collective actions.

In short, the Court found that Congress intended Section 7 of the NLRA to grant employees certain rights to act together in the workplace – but did not intend to extend those rights to judicial or arbitral proceedings already governed by the FAA.  As such, the Court held that the NLRA does not “override” the FAA or render employee class action waivers in arbitration agreements illegal or unenforceable.  Justice Gorsuch concluded:

The policy may be debatable but the law is clear: Congress has instructed that arbitration agreements like those before us must be enforced as written.  While Congress is of course always free to amend this judgment, we see nothing suggesting it did so in the NLRA – much less that it manifested a clear intention to displace the Arbitration Act.  Because we can easily read [the FAA and the NLRA] to work in harmony, that is where our duty lies.

What Does This Mean for Employers? – The Pros and Cons of Class-Action Waivers

If you have further questions regarding the topic of this article or need help implementing the right dispute resolution mechanism for your business, please contact Patrick Jones at pjones@fh2.com or (770) 399-9500. 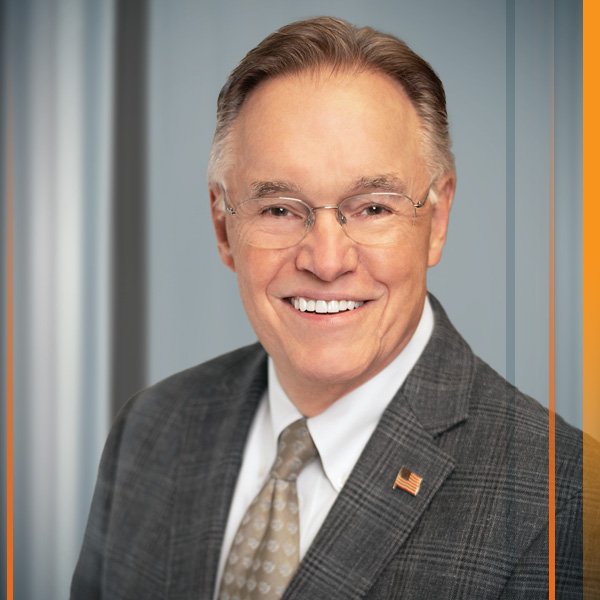 About the author:
Patrick Jones, Of Counsel
Having practiced corporate and tax law for over 35 years, been a CPA with a Big Eight accounting firm, and been the General Counsel and CFO of a public company, Pat brings a unique business-oriented perspective to his corporate and tax law practice. He is also an experienced mediator and arbitrator, and has been on the panel of neutrals at Henning Mediation and Arbitration Service for the last 12 years. For more information about Pat, Click Here.