I Thought My Insurance Would Cover This. What’s This Letter From The Insurance Company?

You buy insurance to protect your business (or you, personally) from claims. When a claim is covered by the terms of the policy, insurers have two separate duties: (1) to defend you; and (2) to pay damages. If there is an accident, you expect your insurer will perform these duties: hire a lawyer to defend you and pay lawfully proven damages, if any.

You become aware someone has been injured on your property, or claims your product has caused harm, or was injured in an accident with one of your employees. You notify your insurer and believe the claim will be handled. Then, you receive a letter from your insurer, indicating the insurer is investigating the claim and will hire a lawyer to defend you—but that it is reserving its right to change its mind—meaning that it can decide later to stop paying the lawyer or to refuse to pay the claim. You have received a “Reservation of Rights” letter (“ROR” letter ).

FIRST THINGS FIRST – DO NOT IGNORE THE ROR LETTER.

“ROR” letters are often long and complicated. They recite facts, contain excerpts of policy language, and state the insurer’s contentions. Although reading it and understanding it may be challenging, you should not ignore a ROR letter.

If you do not respond to the insurer’s letter, your lack of response will be taken as an implied agreement to the insurer’s contentions, as well as your acceptance of the services of the lawyer hired by the insurer under whatever terms the insurer outlines in the ROR letter. Furthermore, the letter may ask you to provide more specific information to aid the insurer’s investigation. Such cooperation is required under the insurance policy and requests should be responded to promptly.

THINGS TO LOOK FOR WHEN REVIEWING THE ROR LETTER.

There are certain requirements for an effective reservation of rights.

Some issues affecting coverage may be known from the outset of a claim, e.g., the insured’s failure to give the insurer timely notice of the claim. Possible defenses based on issues known to the insurer should be listed and explained in the ROR letter. The insurer’s failure to list specific defenses it intends to assert may result in a waiver of the insurer’s defenses. However, other defenses to coverage may arise as the evidence is developed, e.g., where there is an exclusion in the policy and facts are learned later that support the exclusion. An insurer is afforded some time to investigate and analyze the circumstances before being required to provide the full basis for its coverage position. If those facts are not known at the outset of a claim and are learned later, the insurer may send a new or amended ROR letter.

Waivers of the insurer’s defenses are uncommon and even disfavored under Georgia law; however, arguing for a waiver can be highly important to you. If the insurer has waived its coverage defenses, you may be entitled to payment of all of your attorney’s fees and full payment of claims, up to the dollar amount of coverage you purchased.

In addition, you and your attorney should carefully review a ROR letter to:

You May Have a Right to Your Own Independent Counsel.

In addition, where the insurer chooses the lawyer to represent you, that lawyer may have an on-going business relationship with the insurer—which may result in a potential conflict of interest for that lawyer. The lawyer’s desire to receive additional work from the insurer may result in a conscious or subconscious steering of the claims to benefit the insurer rather than you, the insured —especially if there are truly conflicting interests. For example:

The ROR Letter May Contain a Requirement that You Reimburse Defense Costs.

The ROR letter may assert that you will be required to reimburse the insurer for attorney’s fees and other defense costs if it later determines there is no coverage. Your insurance policy may already obligate you to do this—however, if it does not and you fail to object to this requirement when presented in the ROR letter, the insurer will argue that your failure to object constituted a new agreement to reimburse the insurer for these fees and costs.

RESPONDING TO THE ROR LETTER.

Once you have reviewed the ROR letter, you should respond to the insurer in a timely manner. Your silence could be used against you. The response should:

If the insurer flatly denies coverage, you will have no insurance coverage for the claim you submitted to your insurer. You would need to hire a lawyer and fund the payment of any settlement or verdict. If, however, you have a good faith belief that the insurer acted wrongly in denying  coverage, you may sue the insurer, alleging a breach of the insurance contract and seeking recovery of all your losses, including all of the fees paid to defend the case, the amount of any settlement or verdict paid, and possibly the fees incurred in proving the insurer breached the contract of insurance.

If there is a dispute over coverage and it is not possible to enter into a non-waiver agreement, the insurer must then file a separate action, called a “Declaratory Judgment Action,” asking the judge to review the matter and declare if there is coverage for the claims. You would be a defendant in that action and would need to hire your own attorney to convince the court there is coverage.

MAKE SURE THE INSURER’S LETTER IS CONSISTENT WITH YOUR POLICY AND THE LAW.

If you receive a ROR letter, your attorney should review the ROR letter, the policy, and the facts of the claim and advise you how to best respond. If we may be of assistance, contact Mike Reeves at mreeves@fh2.com or (770) 399-9500. 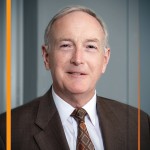 About the author:
Mike Reeves, Partner, Practice Leader – Litigation
With forty years of practice in a wide variety of business and personal disputes, Mike represents small and large businesses as well as individuals. His wealth of experience allows him to target the strengths and weaknesses of a matter and focus on efficient resolution. For more information about Mike, click here.